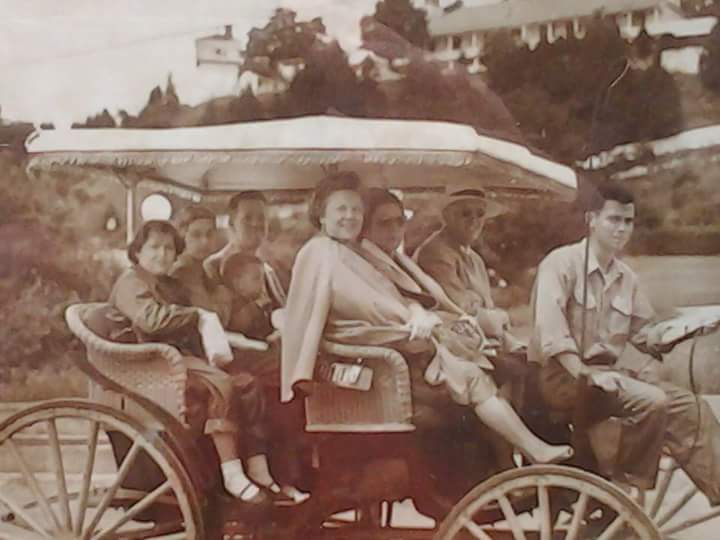 This blog is dedicated to the memory of my parents, Dr. James  D. Groseclose and Eileen McIntyre Groseclose who met on Mackinac Island, Michigan in 1952.  My dad passed away in December of 1995 and my mother passed away May 26th, 2017.

Three years ago I received a call from my boss at Holiday, Tommy Rayle.  He asked if I'd be interested in driving a group of Senior Citizens from eastern NC to upper Michigan and Mackinac Island. Holiday usually has a company trip there in our yearly catalog, but this trip was scheduled through another bus company.  It seems that company could not, for whatever reason, fulfill the trip, so they subcontracted the trip to us. Because of my personal connection to Mackinac Island, I jumped at the opportunity!  About 1952, my dad, James D. Groseclose, then a medical student at the University of NC, was getting his hair cut in a Chapel Hill barbershop.  The fellow in the next chair was telling his barber about this great summer job he had, driving carriages on Mackinac. By chance, something else had come up and the guy was going to have to pass up this job!  My dad questioned the guy and wrote a letter to the Mackinac Island Carriage Company and got the job!  Dad had never driven horses in his life, so he went the library at UNC and read all he could about driving horses.  When he arrived at Mackinac Island, he just acted like he knew what he was doing!  Soon after arriving at Mackinac Island, he went to the post office and asked for "Mail for Groseclose".  A cute young islander and Postal Clerk named Eileen McIntyre replied, "First name please?"  My dad said, "How many Grosecloses do you think are on this island?"  Without batting an eye, Eileen replied, "First name please!". That chance encounter began a love story and allowed me to be born and someday tell this story!  James married Eileen on September 4th, 1954.

When I arrived in "Little" Washington, NC in August of 2014 to pick up my group, I had this picture of my dad driving a carriage, on the dash of the bus!  Driving a motorcoach is, in ways similar to driving Tour carriage on Mackinac Island.  I remember my dad telling me he had to find a delivery style so he didn't sound like he was giving a rehearsed speech.  He would tell funny stories to get his passengers laughing.  I strive to do that with my passengers.  This group gave me that opportunity one night when we stopped for the night in Toledo, Ohio.   I had found out quickly that with this group, one of the most important parts of the trip was where they ate supper each night!  They seemed to love buffets!!  This particular night we just jumped off the bus, checked in our hotel and jumped right back on to go to the Buffett!   I told the people sitting close to the front, "I have a Jaquizz in my room!" One of them said, "Invite Ann to the Jaquizz!". I picked up the microphone and said, in the deepest tone I could muster, "Ann, why don't you come on down to the Jaquizz after awhile?". I didn't even know who Ann was, but she was a lovely, tall woman who had once scored 42 points in a high school basketball game!  She hollered from the back of the bus, "I didn't bring my bathing suit!". I responded, "That's ok!". That drew a good laugh from the bus!  From that evening on, Ann and her two traveling companions, Sandra and Carol, saved me a seat at dinner each night!  They have taken many trips together so I called them the "Three Musketeers"!

On this trip, we visited places I've been many times before, so I was able to be my own tour guide and share information about points of interest along the way.  One stop was Greenfield Village and The Henry Ford Museum in Dearborn, MI.  If you love history you'll love this stop!   We only spent about three hours here, but one could easily spend a whole day here.  Henry Ford amassed a magnificent collection representative of the industrial advancement of America!  In the Museum are Airplanes, Train locomotives and many automobiles, including the limousine the John F. Kennedy was riding in when he was shot on that fateful day, November 22nd, 1963!  In the Village are whole buildings of historic value such as the Wright brothers bicycle shop and Thomas Edison's workshop!  One can also tour the River Rouge Ford Assembly Plant. This state of the art facility is where Ford's F-150 pickups are assembled.

As we headed north from Detroit my sense of anticipation began to grow.  It's about a four-hour drive from Detroit to the Straits of Mackinac.  The Straits are a narrow stretch of water which connects Lake Michigan to the west to Lake Huron to the east and which separates Michigan's Upper and Lower Peninsulas.  Driving north, a few miles out of Mackinaw City, the first sight I always look for are the towers of the Mackinac Bridge peeking over the horizon.  It is a sight I have enjoyed since childhood trips with my dad at the wheel of our car!  The Mackinac Bridge is a suspension bridge, built in the 1950's, which connects the Upper and Lower Peninsulas of Michigan.  At the time of its completion, this five-mile engineering marvel was the longest suspension bridge in the world!  It is longer than the Golden Gate, but has never received the same amount of attention.  Still, to me, it's the world's most beautiful bridge.  It still gives me a great thrill whether I'm driving across it or just sitting on the boardwalk at Mackinac Island looking at it!!

Our group stayed in a hotel in Mackinaw City which is on the shore of the lower Peninsula.  We took a ferry boat across the next morning and spent a few hours on the Island.  Mackinac Island is one of the most beautiful places I've ever visited.  A few hours only gives one a taste of life on Mackinac!  I wish our group had more time to spend there!  There are so many things to see and do there!  As you approach Mackinac Island one of the first sights you notice is the shape.  The name Mackinac is a French spelling of the Indian word Michilmackinaw, meaning "Turtle's Back".  You may have noticed that I spelled Mackinaw City with a "w" on the end.  Mackinac and Mackinaw are both pronounced the same, with the "naw" sound.  If you pronounce it with the "nac" sound you with immediately mark yourself as a tourist!!

Mackinac Island rises up, to guard the Straits, to a height of nearly 200 feet.  Fort Mackinac sits perched above the downtown and looking out over the Straits.  The Fort served under three flags: The French, British and American!  Also very visible as one approaches by boat is the Grand Hotel which has the longest front porch in the world!  Once on the Island, you have four choices of transportation and one is not by automobile! The only motorized vehicles on Mackinac are the Ambulance, Firetruck and a few other emergency vehicles..  Until recent years there were not even handicapped electric carts!  So one has to either walk, rent a bicycle,  take a carriage or ride a horse!  On this trip, I had stored my bicycle under the bus.  I wanted to maximize my time on the Island, so as soon as we got off the boat, I hopped on my bike and rode to my dad's grave in the Cemetery on top of the Island.  There are three Cemeteries adjacent to each other.  There is a Catholic, a Protestant, and a Military Cemetery. My dad is buried in my mother's family plot in the Catholic Cemetery alongside my Grandparents and many Aunts and Uncles.

While on the Island, I was also able to stop and have lunch with my mother's sister and her husband, who own my grandmother's house on Mackinac.  When we left the Island, we visited a few other spots, most importantly the Soo Locks which allow Great Lakes Freighters, like the famous Edmund Fitzgerald, to make the transition from Lake Superior down to the lower level of Lake Michigan and Huron.  We took a boat ride through the locks, which was very interesting!  Saute St. Marie, where the locks are located is also home to the Edmund Fitzgerald Museum, which we were unable to go to on this trip.  You may recall the Ballad of the Edmund Fitzgerald by Gordon Lightfoot which immortalized the 29 men who went down with the "Fitz" in a November gale on Lake Superior!  "Lake Superior never gives up her dead!"

One final highlight of that trip was our visit to Sleeping Bear Dunes, located near Traverse City, MI.  The largest sand dunes in North America, except for the Dunes of North Carolina's Outer Banks, they rise some 400feet above Lake Michigan!  What a view!!!

As I write this blog, I'm on my way to Mackinac Island,  joining with family at this special place, to honor my mother as is laid to rest in her favorite place, besides the love of her life, my dad!

I hope you may join us on a Holiday Tours trip to this or one of the other special places we visit each year!

Check Out the Photos from my Tour here: 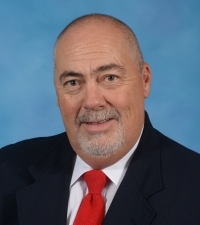